Every story has a beginning. This is ours…

History of the Alliance of Reformed Churches

In almost every community where it exists, the Reformed Church in its various forms is something of a mystery to those who are not part of it. How many times are we asked from what our church has been reformed, or perhaps wondered it ourselves! Simply put, a Reformed Church is the Church of Jesus Christ Reformed according to the Word of God.

The Alliance of Reformed Churches finds itself in the Reformed Tradition in a time of great transition and upheaval not only in North America but Globally for the church as well. The Alliance is committed to being a community of Reformed congregations built for the 21st Century, seeking to be Biblical Congregations, joined together under Christ and engaging in mission. For more information, visit The Alliances website.

The first worship service in the “Yankton Reformed Church” took place in February 1962.  Later that year, the church was formally organized as the Riverview Park Reformed Church, taking its name from the section of town where it is located (the Riverview Park Addition).  Following the custom of the late 1950’s the church building was erected and financed by the Board of North American Missions and the Dakota Classis.  For several years following the placement of the structure, both the Dakota Classis and the Regional Synod provided financial support.

In the early years numerical growth was slow.  When the church was small, the congregation had its trials, and often there seemed to be more jobs to be done than people to do them.  But all in all, spirits were high and there was a close-knit relationship among the entire membership during this time.  The church was first furnished both inside and out largely through donations and gifts.

During this time membership growth continued and by 1979 the congregation reported a membership of over 300 and thus the problems of a small congregation began to give way to the challenges of a larger rapidly expanding membership.  At the 30th Anniversary in 1992, the church had been home to over 603 members at different times during its tenure.  Now that RRC is over 40 years old, the congregation continues to be the spiritual home to a membership of just over 200 communicant members with around 250 people calling this church their home church. 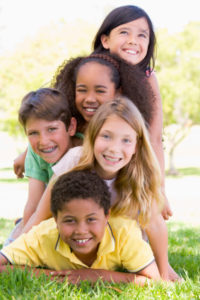 Riverview has either sponsored or housed various youth groups.  In 1965 Reverend Gilbert Visser organized Boy Scout Troop 133, which still meets every Monday night at the Church.  For many years the church was the home of Lollipop Preschool.  Lollipop Preschool, closed after nearly 40 years of serving the Yankton Community following their move to a new location.  During the 1970’s Rev. Callsbeek was responsible for the establishment of the first Youth Fellowship group and the opening of “The Place” to provide an opportunity for teens to gather for fellowship and recreation.  The Place lasted until 1977 when it was discontinued.

Currently RRC is home to two active Mothers of Preschooler groups, or MOPS, that meet twice monthly.  We offer a full range of Sunday School classes on Sunday mornings, and partner with a local congregation to provide mid-week programming for the children through 6th grade.  On Wednesday nights the Youth Groups meet.  The Church is also home to the Family Education and Counseling Center that was established to provide affordable counseling services to individuals and families in the community that were not otherwise being served.

The most recent development in the life of the congregation has been to move to a new location two blocks south of the original building.  On October 5, 2008, the congregation completed ministry at the original church home located on the corner of 19th and Burleigh Streets in Yankton and moved to 1700 Burleigh Street.  This move was the culmination of over 5 years of hard work and efforts to provide increased ministry space for the growing ministries of the congregation.  The initial focus was to explore other available buildings in Yankton for expansion and finding nothing at the time, a building expansion task force was established.  When the estimates and bids for expansion were averaging nearly $1 million for a modest expansion, various models for a phased building project were explored.  Running parallel to our discussion of building expansion was a similar discussion by a neighboring congregation, Calvary Baptist Church.  They too faced roadblocks and hurdles that would prove insurmountable in expanding on their property.

What looked to be roadblocks, in hindsight was a divinely orchestrated plan to provide increased space not only for Calvary and Riverview, but also for Kingsway Christian and Sacred Heart Parish.  Late in 2006 Calvary approached the Riverview congregation about the potential to purchase their property located at 1700 Burleigh, our current ministry location.  When that agreement was reached and a purchase price agreed on, the building team began to look for a purchaser for the property the congregation had been occupying.  Letters and phone calls to smaller congregations were sent and made, and the Kingsway Christian Church was the congregation that expressed an interest in a newer facility for their expanding ministry.  Once again a purchase price was negotiated and now three congregations were poised to begin ministry in new places.  As the Kingsway congregation sought to sell their existing structure, the congregation at Sacred Heart Parish expressed an interest in the property as the parish is landlocked and Kingsway’s building would allow them to expand their ministry space.  As the congregations began to look back on this process it soon became apparent that God has been at work in the life of each congregation and orchestrated the moves of not just two Christians communities, but also four.  That vision of God at work in the life of the Yankton Christians community continues to provide vision and direction for the life of the Riverview Reformed Church.

Now as we look back at over forty years of God’s grace, the only question that remains is what will happen as this community continues to seek to be faithful to the God who has brought us this far?  What is God calling you to do as we continue to fulfill the mission and vision of “striving to be a bonded group of believers spreading the word of our Lord and showing the love of Jesus Christ to others.”